Your Job
Your Family
Your Career
Your Health
Your Money
You and the Law
Occupational Guilds
Solidarity Youth
Home › Article of the Day › What is the best office temperature?

What is the best office temperature? 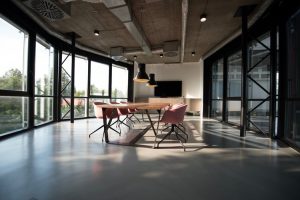 There are few workplace issues as contentious as office temperatures and the role air-conditioners play in establishing and regulating this temperature.

For some it’s too cold, while for others what may seem like a happy mean is too warm. It is a delicate balancing act that could have serious implications for productivity and wellbeing in the workplace.

Tinus Boshoff, legal expert at The South African Labour Guide, says most organisations aim to maintain a comfortable office environment in summer and winter with air-conditioning systems. “These systems could be described as the control of the temperature, humidity and air movement and cleaning of air in a confined space. It is sometimes referred to as environmental control.

Aditi Sharma Kalra writes at Humanresourcesonline.net that  a whopping four out of five office workers complain about their office temperature. “In fact, on average, employees spend an average of 7.4 minutes per day trying to adjust their temperature in order to create a comfortable working environment, of which women spend about 8.5 minutes while men spend a not-too-distant 6.4 minutes per day.”

“Around one quarter of those surveyed said they or a colleague had taken up office climate issues with the management staff, while 48% of women and 31% of men have shared these complaints with a colleague.”

According to Boshoff, there are two major areas of air-conditioning systems that constitute a risk in the workplace: Comfort and disease. “Most common complaints relating to air-conditioning are about comfort. Some workers complain that the office environment is too hot while others might complain that it is too cold.

“This is a common issue in almost every workplace with -conditioning units. The way people experience temperature depends on a range of factors like clothing, body type, individual preferences and expectations, to mention but a few.”

This is difficult to determine conclusively, but several expert guidelines exist. Boshoff says hygienists generally recommend that summer temperatures should range between 21 and 14°C and winter temperatures between 24 and 26°C.

Hedge contends that the right temperature falls somewhere between 24 and 26°C.

According to the Rabie Group, a property group with 70 commercial buildings in South Africa, most South African building managers agree that 22°C is the ideal temperature for offices. Michael Dickinson, project manager at the Rabie Property group, told Business Insider South Africa that you’d still have to set your thermostat a little higher or lower. “Because different aircons have different outputs, the temperature can vary by 1.5°C.

He says it is best for anyone who disagrees to adapt to that temperature.

And what if you’re still not comfortable?

Klara says the most popular action to take when it gets too cold is putting on extra clothing, with 70% of women bringing additional clothing to the office, such cardigans or jumpers, while 28% of men drink extra cups of tea. “Other measures include changing the aircon settings, and using a heater.

“Similarly, when it gets too hot in the office, employees prefer to bring in their own table fans or other such paraphernalia, in addition to opening some windows, and grabbing some ice cream.”

Theo Mac Simlah, facility manager at the Media24 building in the Cape Town foreshore, says he recommends that those who do not find the temperature comfortable either wear a jersey or something cooler.

My Broadband, 11 February 2017, “The best temperature for your workplace”, https://mybroadband.co.za/news/business/198176-the-best-temperature-for-your-workplace.html