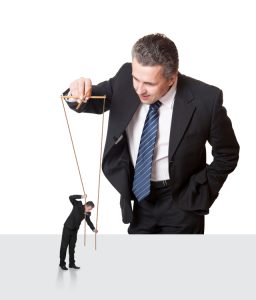 You’ve assigned an important task to a team of talented employees and given them a deadline. Now, do you let them do their work and simply touch base with them at stipulated points along the way – or do you keep dropping by their desks and sending e-mails to check their progress? If it’s the latter, you might be a micromanager.

Micromanagers take perfectly positive attributes – an attention to detail and a hands-on attitude – to the extreme. Either because they’re control-obsessed or because they feel driven to push everyone around them to success, micromanagers risk disempowering their colleagues, says Mind Tools on the topic of micromanagement. These managers ruin their colleagues’ confidence, hurt their team’s performance and frustrate employees to the point where they consider resigning from their positions.

Holding employees accountable for their assigned tasks without micromanaging is a classic workplace dilemma that can be difficult to navigate. “For the sake of your team, you need to stop,” says Muriel Maignan Wilkins, co-author of Own the Room and managing partner of an executive coaching and leadership development firm. “Micromanaging dents your team’s morale by establishing a tone of mistrust – and it limits your team’s capacity to grow,” she adds.

It also hampers your ability to focus on what’s really important, says Karen Dillon, author of the HBR Guide to Office Politics. “If your mind is filled with the micro-level details of a number of jobs, there’s no room for big picture thoughts,” she explains.

As hard as it may be to change your ways, the challenge is one that will pay off in the long run, says Jennifer Chatman, a professor at UC Berkeley’s Haas School of Business. “There may be a few failures as your team learns to step up, but ultimately they will perform much, much better with greater accountability and less interference.”

If you’re like most micromanagers, you probably don’t even know that you’re doing it. Yet the signs are clear, says Wilkins. She advises all supervisors to measure themselves against the following markers:

If you tend to be a micromanager –