Feedback in the workplace 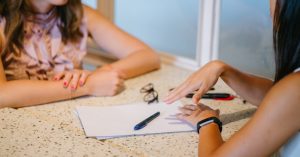 Feedback in the workplace can be a contentious matter, but is an essential function when it comes to a team’s performance and efficient execution of work.

Ineffective feedback occurs when it is purposefully empathetic to protect another person’s feelings; the truth is not revealed completely and that which employees or team mates have to hear to deliver better work, is not said. To give and receive applicable feedback is the key to personal development, wellbeing in the workplace and good working relationships, also for the team.

The value of feedback

Constructive feedback not only helps a single employee to be more competent; it also leads to better decision-making and cooperation and increased productivity for the entire team because the employees give feedback to their own team.

Positive feedback or acknowledgement costs nothing but is one of the management instruments which is under-utilised.

How to offer better feedback

Use the Situation-Behaviour-Impact model by which you name the specific situation in which certain conduct occurred. Avoid strong language, but describe the result of the conduct and how it influenced others.

Avoid the sandwich feedback where you begin with a compliment and sandwich the negative feedback in the middle, because usually we remember the first and last of a conversation. The criticism in the middle is glossed over. Because we also expect negative feedback first, we listen to the positive through a filter and in any case don’t hear the entire positive; we expect that the positive compliment is only being used to soften the anticipated negative.

Be candid, it shows you care before you present the criticism. Show you care by giving acknowledgment, thanking people and listening attentively to others.

Explain why you are giving this feedback, it renders people less defensive. By saying, “I’m giving this feedback because I have high expectations and I know the team/you can achieve this,” you lay down a challenge. Be specific about what needs to be changed or improved and propose feasible actions or behaviour to accomplish the desired change.

As team leader it is advisable to identify yourself clearly as team mate when giving feedback. You could say, “I have grown and learned a lot from friends and management’s feedback and I am trying to plough back what I have learned” or, “Now that we have worked together, we can start improving each other by giving each other feedback.”

Ask a person if he/she would like to receive feedback from you; by agreeing thereto the person will be less defensive and more receptive to future mutual feedback.

If you as manager or team leader encounter a problem, it is advisable to give feedback immediately or as soon as possible because employees might not remember the situation you are referring to.

Give negative feedback in private and if the matter needs to be addressed in public, ask the relevant person’s consent thereto.

Pay attention to non-verbal and facial expressions. How you say something is just as important as what you say. Research has found that persons who received positive feedback accompanied by negative emotional signals, for example rolling of the eyes, felt that their performance was inadequate.

Feedback with a suggestion of progress in the message is a powerful motivator in the workplace and even more powerful than personal acknowledgement. By giving specific feedback about how their inputs promote the team and the project you also build their strong points.

How to Deliver Effective Feedback in the Workplace

7 Tips for Giving Valuable Feedback in the Workplace

Feedback in the workplace

Set up a home office free from distractions