Your Job
Your Family
Your Career
Your Health
Your Money
You and the Law
Occupational Guilds
Solidarity Youth
Home › 2016-union › Court: CCMA has the power to issue writs

Court: CCMA has the power to issue writs 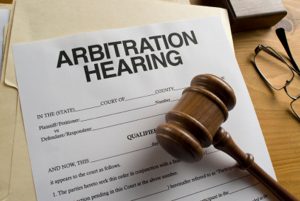 On 10 May 2016 the Labour Appeal Court (the “LAC”) heard two consolidated matters from the Labour Court (the “LC”). The facts and relief sought in both matters were similar.

It is noteworthy to mention that in both cases the Director of the CCMA certified and issued the enforcement of the awards. In terms of rule 40(2)(a) of the Rules for the Conduct of Proceedings before the CCMA, an arbitration award that has been certified in terms of section 143 of the Labour Relations Act (the “LRA”), which orders payment in money, may be executed by using the writ of execution in the LRA form 7.18 or LRA form 7.18A. This rule was applicable in both cases since the awards ordered the employers to pay the employees a sum of money.

In the LC, the judge raised the point as to whether the LC could grant an order suspending writs of execution issued by the CCMA. The judge concluded, among other things, that the CCMA does not have jurisdiction to issue writs of execution in respect of arbitration awards issued by the CCMA. The judge was of the opinion that the CCMA was not a court of law and writs are usually issued by courts of law. The LC consequently set aside both enforcement awards. Subsequent to the LC’s judgment, the judge granted the CCMA leave to appeal to the LAC to challenge its judgment. The CCMA argued that in light of the amendment of section 143 of the LRA, the LC judge erred in finding that the CCMA did not have the power to issue writs of execution.

The LAC upheld the appeal and unpacked section 143 of the LRA in its judgment with the intention to suppress the misinterpretation of the section and to advance the remedy it sought to provide. Before the amendment, section 143(1) of the LRA read as follows:

Previously, after the employee was granted an arbitration award in his or her favour by the CCMA, he or she had to go to the LC to apply for the award to be made an order of court before the award could be enforced. Consequently section 143(1) of the LRA created a two-stage procedure: firstly, the employee who had been granted an arbitration award was required to attend the CCMA and secondly he or she was required to attend the LC to enforce his or her award. The two-stage procedure was evidently time-consuming and expensive, particularly for the employees. To combat the undesirable effects of the two-stage procedure, the legislature amended section 143 of the LRA to read as follows:

Unlike previously, an employee with an arbitration award granted in his or her favour need not approach the LC to enforce an award issued by the CCMA as such an award is deemed enforceable. The legislature created a legal fiction giving the CCMA the power to have the status of a court of law that it would not otherwise have without the fiction. As a consequence, once the CCMA has issued the writ, an employee may present the award and the writ to the sheriff for execution if payment is not made.