Your Job
Your Family
Your Career
Your Health
Your Money
You and the Law
Occupational Guilds
Solidarity Youth
Home › 2016-work › Comparing apples to oranges: Consistency and workplace sanctions 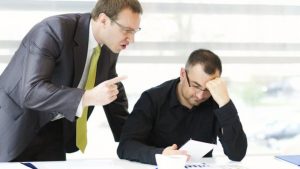 The consistency principle requires that employers impose consistent sanctions on employees who are found guilty of the same misconduct. Item 3(6) of Schedule 8 of the Code of Good Practice: Dismissal (Code) provides that:

“The employer should apply the penalty of dismissal consistently with the way in which it has been applied to the same and other employees in the past, and consistently as between two or more employees who participate in the misconduct under consideration”.

The issue of consistency was at the heart of the recent case of Government Printing Works v Mathala N.O. and Others (JR583/14) [2016] ZALCJHB 358 (31 August 2016). In this case, the employee, Singh, alleged that his dismissal was substantively unfair on the basis that other employees had committed the same misconduct as he had but were not dismissed, whereas he was.

Singh had applied for a position with the employer which required the applicant to have a Matric qualification. After conducting a verification process, the employer discovered discrepancies on the Matric certificate that Singh had submitted. In particular, the name on the certificate was different, as were the symbols he received for various subjects. When questioned, Singh claimed that his original certificate had been lost whilst he was relocating, and that the certified Matric certificate in the employer’s possession had subsequently been given to him by the South African Qualifications Authority. The employer did not accept this explanation, and charged Singh with ”intentional misrepresentation” for submitting a fraudulent Matric certificate with illegally altered passing symbols, and alternatively with ”forgery” for submitting a forged Matric certificate. Singh was dismissed on the first charge of “intentional misrepresentation” after a disciplinary hearing was held. He challenged the fairness of his dismissal.

At the arbitration proceedings, the commissioner was, among other things, required to decide on the issue of consistency. Singh alleged that he was treated inconsistently, and referred to another employee (a man named Moeketsi), who he alleged had committed a similar misconduct but was not dismissed. If an employee alleges inconsistency, that employee bears the onus of proving the employer’s inconsistent application of rules and/or sanctions. The employer’s evidence was that Moeketsi had applied for a position which required a ”Standard 10” qualification. Moeketsi had filled in his application by hand, and had admitted that he failed the Standard 10 examinations in 1993, but passed two subjects in the Senior Certificate (or Matric) examinations in 1995. Moeketsi submitted documents in support of his application. The commissioner found that Singh’s dismissal was procedurally fair but substantively unfair.

The employer took the award on review to the Labour Court (Court).

The Court found that Singh’s and Moeketsi’s situations were different. Moeketsi had mistakenly and in good faith believed that passing the two subjects in 1995 meant that he had received his Matric qualification. When the employer was uncertain as to whether he had in fact acquired it or not, and had asked for it but not received it, the employer discussed the situation with Moeketsi and demoted him to a position that required a Standard 8 qualification only. Further, Moeketsi had not submitted fraudulent or forged documentation. In contrast, Singh knowingly and intentionally submitted fraudulent and forged documentation in support of his application, and when questioned on it presented contradictory versions regarding the authenticity of the documents.

The Court held that Singh’s own witness was unable to convincingly provide instances where the employer has behaved inconsistently, and, after having alleged the inconsistency, Singh was unable to prove inconsistency. The Court referred to previous authority, including the case of Southern Sun Hotel Interests (Pty) Ltd v CCMA & Others [2009] 11 BLLR 1128 (LC), which stated:

“(An) inconsistency claim will fail where (the) Employer is able to differentiate between Employees who committed similar transgressions on the basis of, inter alia, differences in personal circumstances, the severity of the misconduct or on the basis of other material factors”.

The Court further held that:

“Even in cases that are similar, it must be expected that there will (i) always be some inherent variances that (ii) are random, (iii) affecting different employees, and (iv) will determine different assessment and outcomes. It is certain though, that the gravity of the offence is the grandest factor causing the variances, and must always be scrutinised with greater care”.

The Court granted the review and Singh’s dismissal was found to have been substantively fair in the circumstances.

The importance of this case is twofold: firstly, an employee who alleges inconsistency must lay a basis to support his allegation. He must for example provide the names of the employees as well as the circumstances of their situations. In this case Singh failed to prove inconsistency, and the Court reviewed the award. Secondly, the employee must use an adequate comparator when alleging inconsistency, which means that the situations must be the same or similar enough to warrant such comparison and that the sanction be the same.