Your Job
Your Family
Your Career
Your Health
Your Money
You and the Law
Occupational Guilds
Solidarity Youth
Home › Articles › Can I summarily withdraw my resignation? 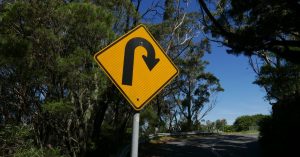 What happens when an employee resigns and then tries to withdraw it unilaterally?

The matter arose in the labour court in the case Mohlwaadibona vs. Dr J.S. Moroka-municipality, where a municipal worker resigned and days later withdrew his resignation.

The applicant resigned from the municipality’s service at the beginning of April 2021 due to ill health. On 15 April 2021 he tried to withdraw his resignation and indicated that he was prepared to resume his duties four days later. However, the municipality did not accept this, but the applicant alleged that he only received this communication on 23 April, after he had reported for duty on 19 April 2021, when he had already received his April salary. On 10 May 2021 the acting municipal manager informed the applicant that he accepted the withdrawal of his resignation.

“The court found that resignation by definition is a voluntary and unilateral action that terminates the work relationship. Furthermore, it comes into effect the minute it is communicated to the employer and cannot be withdrawn, unless the employer is in agreement. This is true, even when an employee is contractually bound to serve a notice period and fails to comply with this obligation.”

According to Phashe, the court indicated that as soon as a resignation has come into effect, the employer’s consent to withdraw it is tantamount to a re-employment or re-appointment of the employee, but it is not tantamount to being reappointed in your post.

The court ordered that, as the applicant had communicated his resignation to his employer on 1 April 2021, the resignation came into effect immediately. When on 15 April 2021 he announced his intention to withdraw his resignation, he in actual fact sought re-employment. The acting municipal manager had no authority to effectuate the re-employment, and the court found his subsequent acceptance of the applicant’s withdrawal to be invalid and null and void.

“In essence the court gave creditability to the fact that when an employee voluntarily chooses to communicate his intention to terminate the work relationship, that decision cannot be withdrawn unilaterally as soon as it has been communicated to the employer.”

Where the employee was obliged to serve a notice period, his failure to serve that period will not deny the effect of the resignation, as the service contract will still come to an end, says Phashe. “The only way in which to revive the service contract, is through a new offer and the acceptance thereof, that boils down to re-appointment or re-employment. It could happen should the employer choose to consent to the withdrawal of a resignation but the employer’s representative who consents to the withdrawal, must be a person authorised to do so; anything to the contrary would be invalid and null and void.”